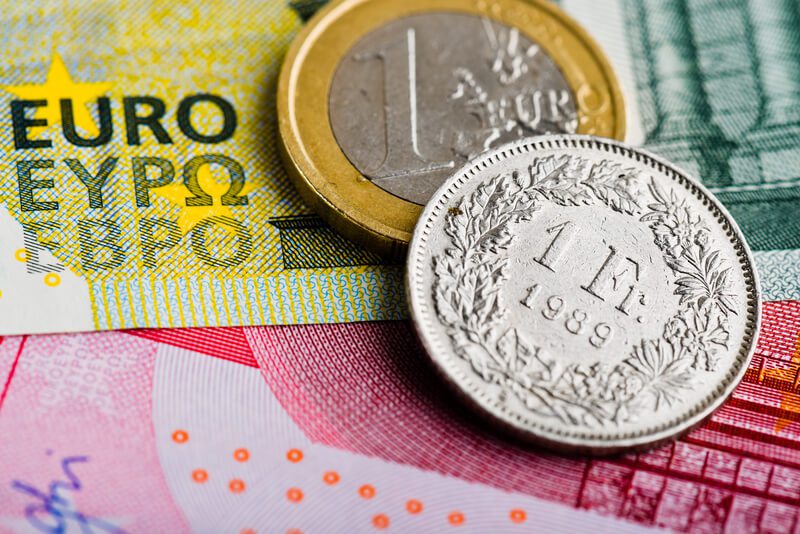 At the same time they point to risks that could send the currency in the opposite direction, such as the election in Italy, Brexit negotiations and uncertainty surrounding government in Germany.

The Swiss National Bank (SNB) abandoned its Swiss-franc-euro exchange rate cap of 1.20 in 2015 under market pressure. Since then the bank has bought lots of foreign assets to restrain the strength of the Swiss franc – when buying foreign assets the bank sells Swiss francs, increasing their supply, which lowers the currency’s value.

The SNB now owns assets worth over CHF 800 billion, 43% more than it did at the end of 2014, before abandoning the exchange rate cap. Fortunately, these assets have risen in value delivering an estimated CHF 54 billion profit for the bank in 2017. Profits were made on foreign currency positions (+CHF 49 billion), a rise in the value of gold stocks (+CHF 3 billion) and a rise in the value of Swiss franc assets (+CHF 2 billion).

The SNB plans to distribute CHF 2 billion to the federal government (1/3 of it) and the cantons (2/3s of it). After the distribution, the SNB will be left with profit reserves of CHF 67 billion.

Assets held by the SNB are huge compared to the size of the Swiss economy. Eurozone GDP in 2016 was 10.8 trillion euros. Assets held by the European Central Bank (ECB) at the end of 2016 were 3.7 trillion euros. That’s a GDP-to-central-bank-asset ratio of nearly 3. In 2016, Swiss GDP was CHF 659 billion, compared to SNB assets of CHF 747 billion, a ratio of 0.9 to 1. Since then SNB assets have swollen to around CHF 800 billion.